« Photography is a brief complicity between foresight and chance. »

Rodolphe de Radiguès is Belgian, passionate about photography since the age of 15. Over the past ten years the artist has been travelling widely including five years based in Edinburgh.

Music has a huge impact on Radi’s work. In the late nineties, the artist made a rencontre with the Artist Nim is a tree (Jean-François Flamey) who had an immense influence on Radi’s photographic approach, introducing him to experimental music and enabling him to translate his vision of sound.

Between 2004 – 2014 he worked in the luxury hospitality industry which gave him the opportunity to travel widely and introduce Belgium as a destination abroad.

It is part of the photographer’s job to see more intensely than most people do. He must have and keep in him something of the receptiveness of the child who looks at the world for the first time or of the traveler who enters a strange country. (Bill Brandt 1904 – 1983)

Born in 1980 in Belgium. Lives and works in Brussels (BE) 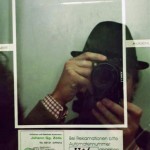